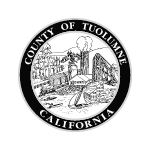 The function of the Tuolumne County Multi-Jurisdictional Hazard Mitigation Plan (MJHMP) is to assess each jurisdiction’s vulnerability to natural and manmade hazards and then develop strategies to mitigate those vulnerabilities. Once the plan is adopted by the governing bodies for each jurisdiction, the overarching plan will be submitted to the California Governor’s Office of Emergency Services (Cal OES) Hazard Mitigation Office for review and then on to FEMA for final approval.

Having an approved MJHMP through FEMA allows each jurisdiction to be eligible to apply for Pre-Disaster Mitigation (PDM) Grant Program funding, which can be used to implement projects that reduce overall risk to the population and structures from future hazardous events and also reduces the reliance on federal funding in future disasters, so long as that hazard is identified in the approved plan.

The first approved version of the MJHMP was completed in 2004 by County Staff. In 2012, Category Five completed a complete rewrite of the plan to include seven additional school districts bringing the total number of participating jurisdictions to 19. This plan was approved in September 2013. FEMA requires the plan to be updated no less than every five years.

As required, a public stakeholder meeting was held on November 27, 2017, to allow the community and surrounding counties to provide comments on the revised plan. Members of the public were able to speak into the plan, ask questions, and give suggestions on mitigation actions to better meet the needs and concerns of the public. Approximately 7 members of the public, the OES Coordinator for Mariposa County, the OES Director for Calaveras County, CAL FIRE, the Community Resources Agency, and the Tuolumne Band of Me-Wuk Indians were in attendance at the meeting.