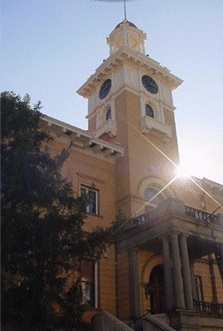 The U.S. Constitution and the California Constitution call for grand juries. California, during the early years of statehood, established grand juries. The Tuolumne County Grand Jury is an investigatory body created for the protection of people and the enforcement of the law. Three predominant functions of the Tuolumne County Grand Jury include providing civil government oversight, responding to citizen complaints, and holding hearings for criminal investigations.

As part of the civil function, the Tuolumne County Grand Jury receives letters from citizens alleging mistreatment by officials, suspicions of misconduct, or governmental inefficiencies. Complaints received are acknowledged and investigated for their validity. Such complaints are kept confidential. If the situation warrants, and corrective action is under the jurisdiction of the Grand Jury, appropriate action is taken.

Occasionally and under certain circumstances, a special Criminal Grand Jury may be selected to hold hearings to determine whether evidence presented by the district attorney is of sufficient nature to warrant a person to stand trial in court.

Grand Jury Reports are issued each year in late June. The report is available to all county residents and is delivered to the news media and to heads of affected government agencies. Affected agencies are required to respond to the report findings and recommendations within 60 to 90 days. The Tuolumne County Board of Supervisors must comment on the jury’s recommendations within 90 days. The responses of the affected agencies are also available to the public.

The Tuolumne County grand jurors are citizens from throughout the county. In order to accomplish the county oversight functions, committees are normally established to address: